I bought an OG Gameboy (DMG) for $15 that was missing it’s LCD screen lens and the battery cover. I figured for that price it was worth buying a new lens and a replacement battery cover to fix it up.

Then, as usually happens.. I went down the rabbit hole! It turned out that since the last time I looked backlight kits for Gameboys have gotten easier, better, and cheaper! So of course I had to buy a sweet glass screen lens, a battery door cover, PLUS a backlight and bivert chip from HandHeldLegend! 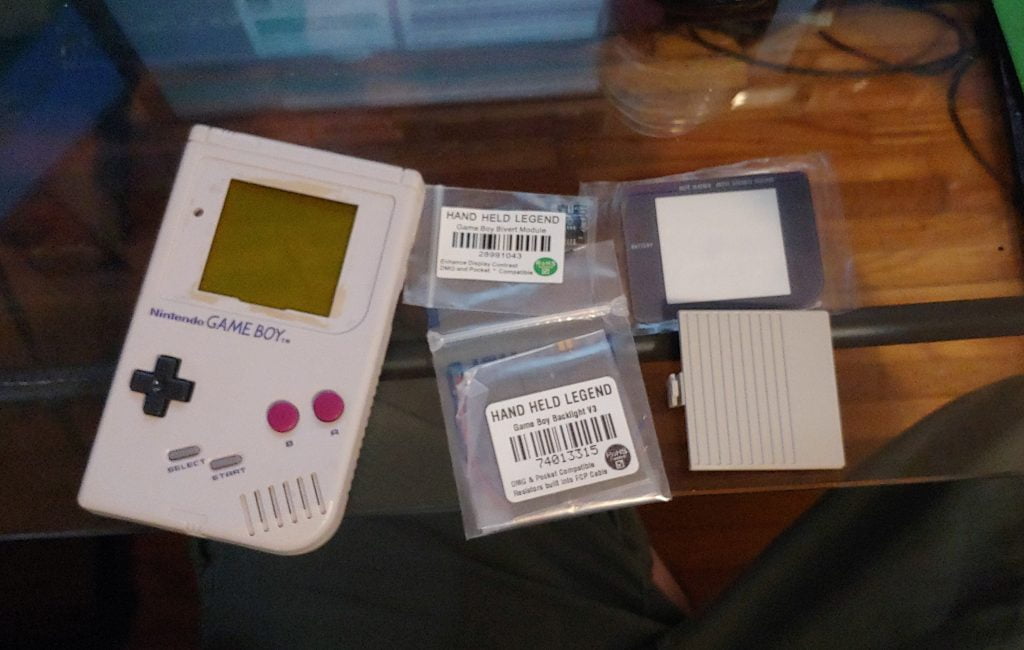 As soon as my order arrived I had to put the glass lens and battery cover on and take my new Gameboy for a pre-modification spin! The glass lens went on smoothly after cleaning off the old glue stuck to the case, and it is so crisp and clear compared to the original plastic lens I’m used to. Just ignore the smudges and finger prints 😅 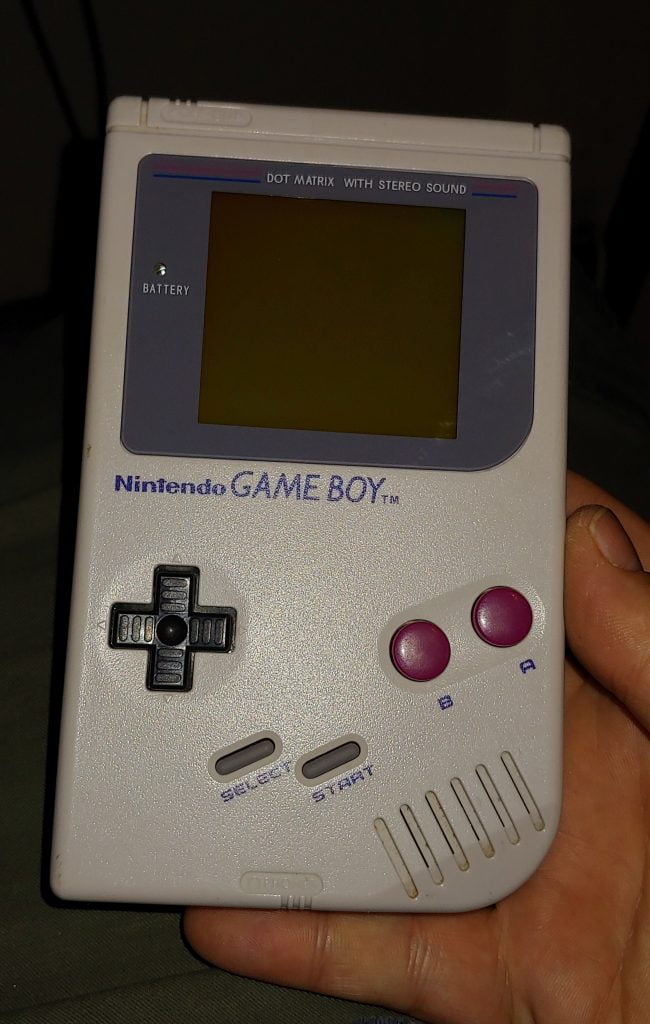 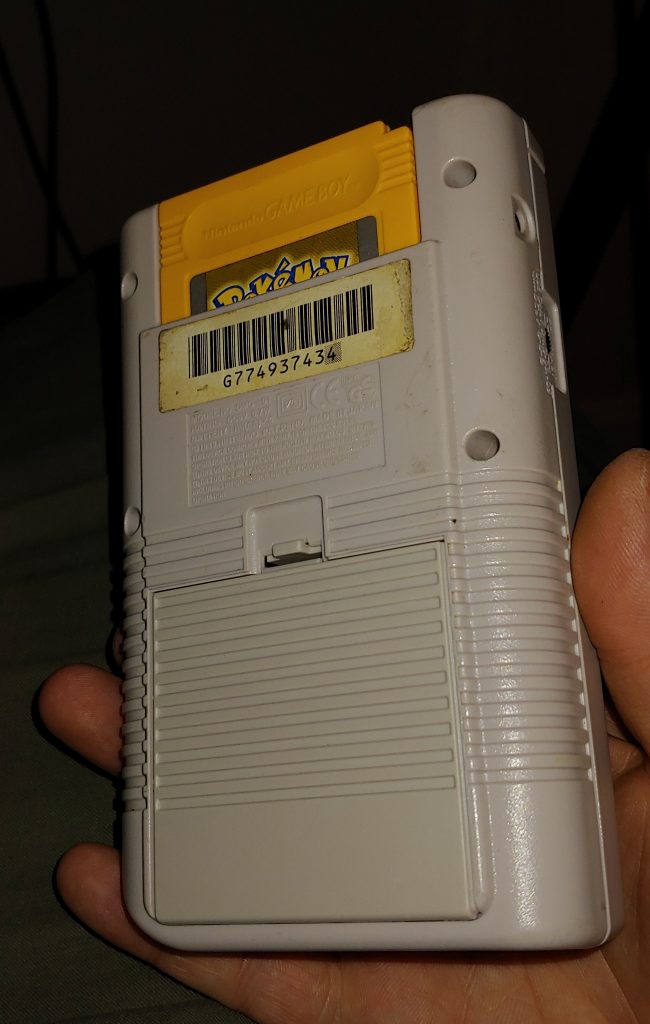 After checking out my Gameboy with it’s new glass lens and battery cover I decided to bite the bullet and install the backlight with bivert chip. To do the backlight and bivert chip install I referenced this tutorial and guide video which made it a breeze.

The hardest and most tedious part is the removal of the back polarizing film without damaging the LCD screen or cable. Patience and a soft touch is key! Against the recommendation of the guide I did use 91% alcohol on rear of the LCD to remove some residue, but I let it fully dry and then used a cleaning cloth for glasses to buff off the white haze that alcohol leaves when it dries.

I did screw up, however, and forgot to rotate the polarizing film which is a requirement for the bivert mod. Or perhaps I rotated it too far, we’ll never know! Here’s the result: 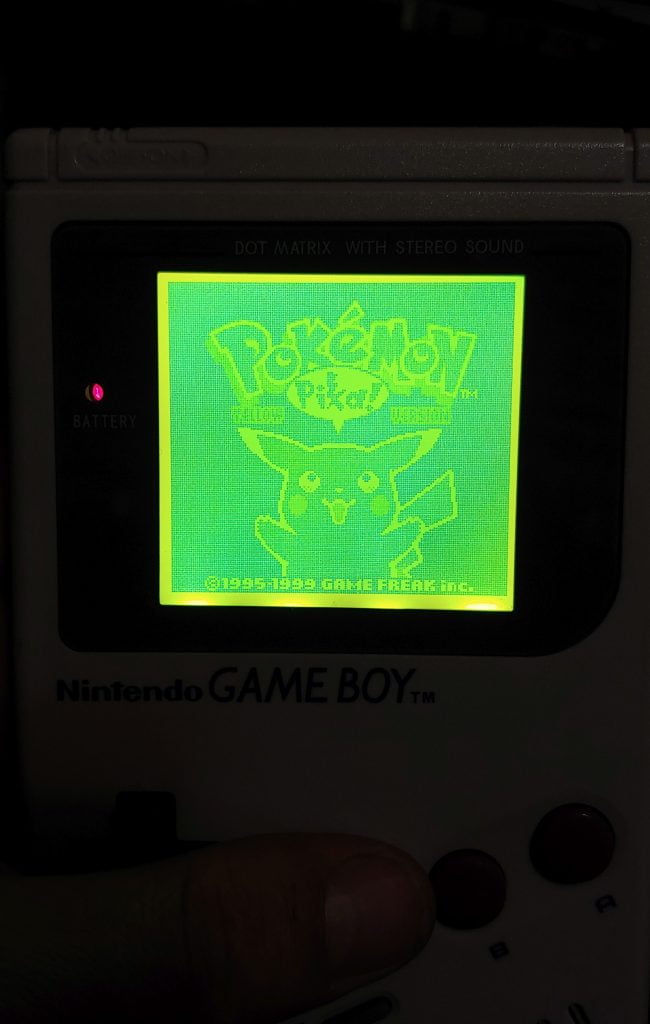 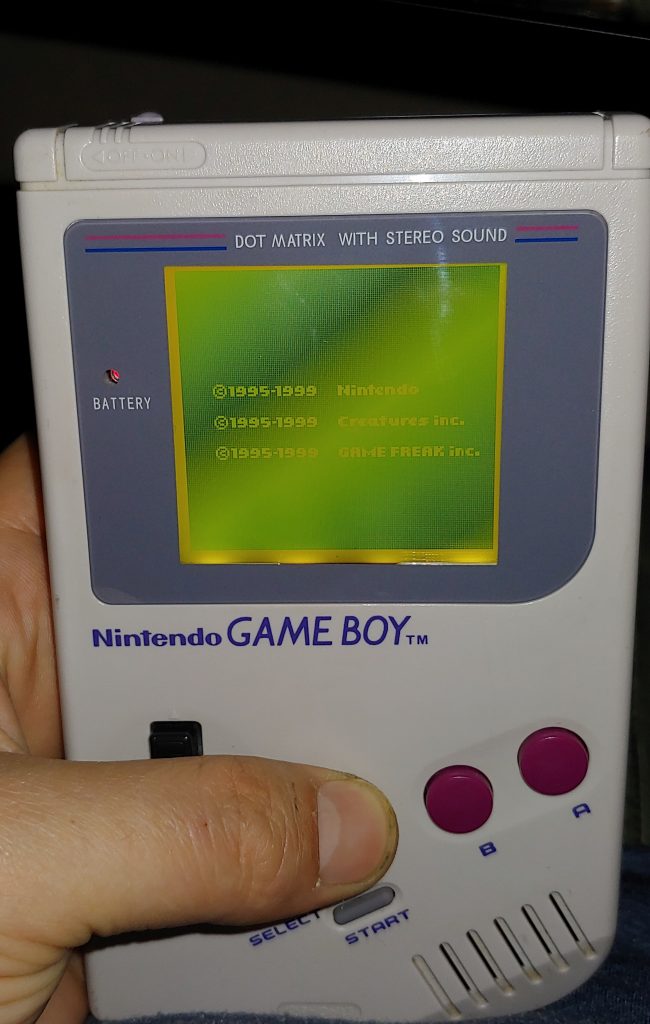 So if you ever wondered what a Gameboy DMG Bivert Mod looks like without rotating the polarization lens, there you have it! I did open it back up and fix it though, and it turned out great! 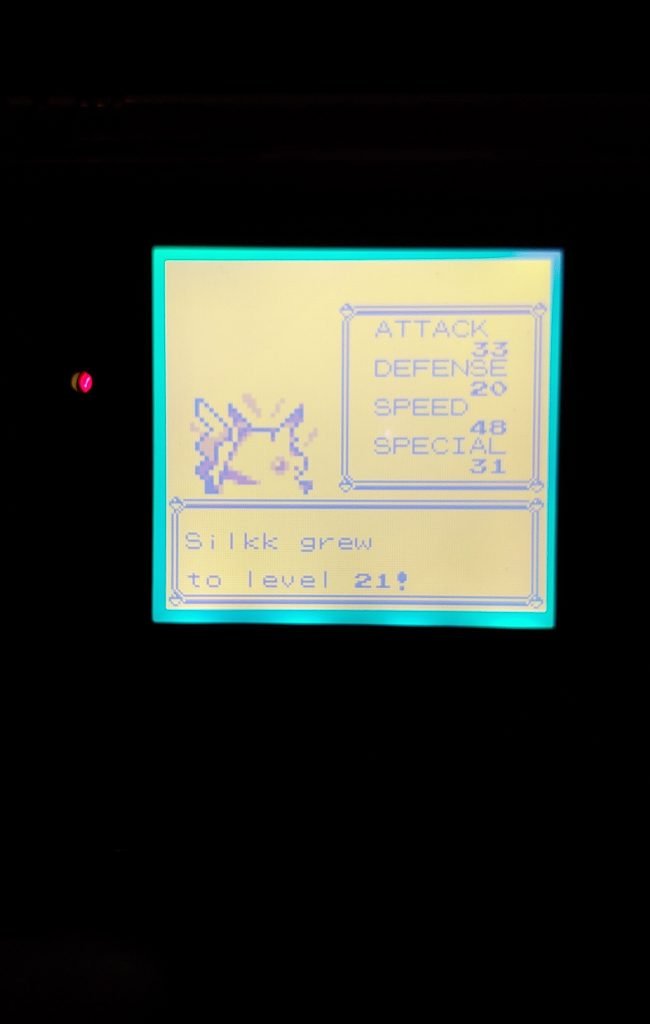 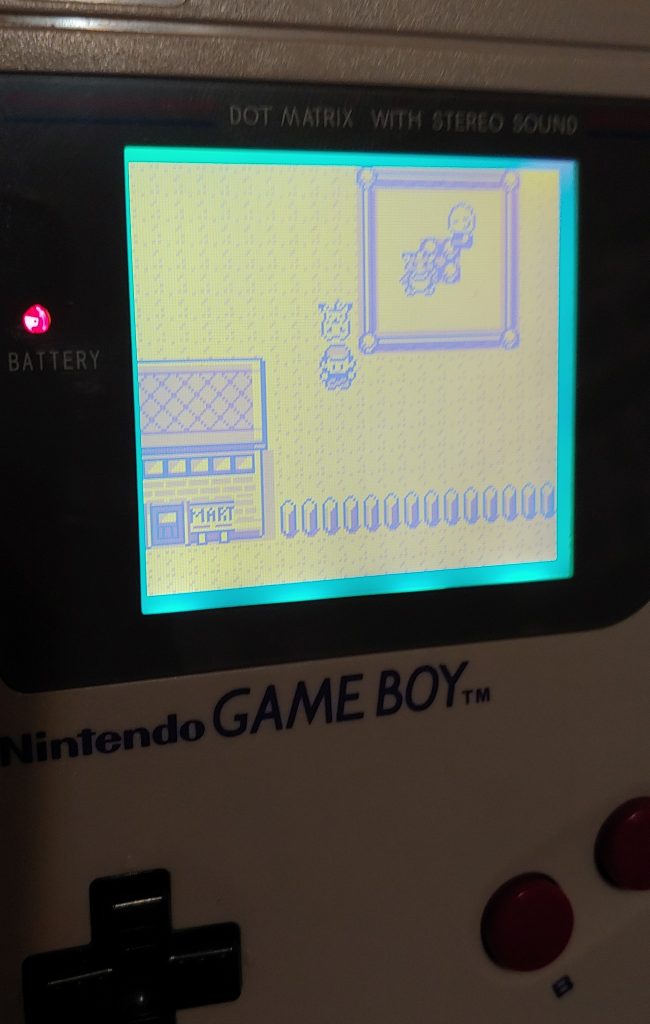 I highly recommend adding a backlight and bivert chip from HandHeldLegend to your Gameboy DMG – I really love the authentic look of this “Washed-Yellow” backlight color from HHL. I’ve gotten so much more enjoyment playing my old pokemon games than I thought possible!